ECC is an elder-led congregation. We believe that the Bible teaches that every church is to be led by a team of biblically qualified shepherds called ‘elders’ or ‘pastors.’ This team of men oversees and cares for the congregation as a whole.

Some of our elders are employed by the church, though most work in a regular job. All elders meet the qualifications of 1 Timothy 3:1–7 and Titus 1:6–9, and they endeavor to lead the church through example, preaching, teaching, discipling, and counseling. They meet regularly for shepherding, prayer, and spiritual oversight on matters concerning the church.

For an appointment with an elder, please email pastors@eccad.org.

Elias Abera
Elias was born and grew up in Ethiopia. He married his wife Meron in 2010 and they have been blessed with two children, Yohanna and Zoe. He moved to Abu Dhabi in 2011 and worked for Ethiopian Airlines for 8 years. He has a Bachelor's degree in management, and also studied mechanical engineering and aviation maintenance. Elias enjoys traveling with family and swimming. He works at the Sanad Group as a supervisor of Aero/Industrial engine inspection. Elias has been attending ECC since 2016 and became a member of ECC in 2019. He is serving in the ECC Amharic ministry.

Andrew Archer
Andrew grew up in Northern Ireland in the United Kingdom and has a background as a civil engineer. He and his wife Anna, a New Zealander, arrived in Abu Dhabi in 2009 and have four young children, Maggie, Johnny, Tommy, and Abigail. Before coming to the UAE, they lived in New York and London, attending Presbyterian and Anglican churches. Andrew leads a life group (currently in the Khalifa Park area) and also serves with the children’s ministry and the Center Administrative Committee, which provides support on the running of the center building and facilities. 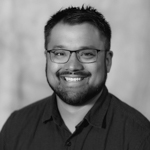 Will Barkley
Since 2015, Will has served in cross-cultural church planting and pastoring in Indonesia and the USA. Before his arrival to Abu Dhabi, will served as the associate pastor for outreach and theological education at Indian Trail Church in Spokane, WA. While at ITC, he was directly involved with pastoral residency and internship programs focused on training pastors to serve throughout the Pacific Northwest Region. Will holds a Master of Divinity degree from Bethlehem College & Seminary and currently serves as a board member of  Gulf Theological Seminary.

Romy Jalipa
Romy was born and grew up in the Philippines. He became involved in school outreach ministries as a college student and community church education ministry after graduation. He has served as a youth leader and Bible teacher. In 2005 he moved to Abu Dhabi to work in an engineering consulting firm. He is leading a life group, serving the Marhaba and Filipino group of ECC. Romy and his wife, Lea have been married for 17 years and have one son. He enjoys family traveling in different places, watching movies, playing basketball, and reading books. 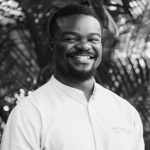 Christian Lwanda
Christian was born and raised in Nairobi, Kenya. The Lord saved him as a teenager, and he has been most at home in or around the church ever since. He has a BA in Psychology and is currently pursuing an M.Div in Biblical & Theological Studies. Christian has worked as a pastor in several churches in Kenya and in South Africa. After doing his pastoral internship at Capitol Hill Baptist Church in Washington DC (USA), he continued serving his church in Nairobi before coming to Abu Dhabi. Christian is married to Sheila, and together the Lord has blessed them with 2 wonderful boys. He enjoys music, movies, rugby, interacting with people from different cultures, and pranking his friends and workmates.

Sam Marrero
Samuel was born on the small island of Gran Canaria, part of the Canary Islands, and grew up in London. He graduated with a BSc in Biomedical Sciences and an MBA from London Business School and now works in the healthcare industry. He married his wife Naomi in 2007 and they have been blessed with 4 children. He has been living in the UAE since 2011. Samuel has served in various roles at ECC over the past 4 years; he currently serves with both the Marhaba team and Children’s Ministry. He has a passion for discipleship and advancing the glorious gospel. He is a keen triathlete and enjoys reading.

Christoper Monforte
Christoper (Chris) was born and raised in Pasig City in the Philippines. After working in the Philippines for 11 years, in 2010, Christoper moved to Abu Dhabi to work for a construction company, and by God’s grace, his family joined him in 2012. He leads a life group and also regularly leads the church in congregational singing. Christoper completed a Master’s degree in Environment and Natural Resources Management in September 2017. He loves to read books, listen to sermons, watch sports, cook, and listen to Christian songs. Chris is married to Gloria and has three children, Abigail, James, and Jeremiah.

Cass O'Rear
Cass was born and raised in Texas in the USA. He has a BS in Business Management and currently works as the Director of Operations of The Evangelical Church - Abu Dhabi. He and his wife, Lauren, have lived in Abu Dhabi since 2010. While living in Abu Dhabi, they have been blessed with two happy and energetic little boys. In the past, Cass has been actively involved with ECC Life Groups, the Marhaba ministry, and the high school and children’s ministries. By God's grace, Cass has a heart for proclaiming the Gospel, making disciples of Christ, and faithfully shepherding the flock. He enjoys reading, watching and playing sports, traveling, learning about other cultures, and all things food.

Raymond Pardede
Raymond is from Indonesia, born and raised in a strong Christian family in Jakarta, the capital city. He completed his education in Budapest, Hungary, and then moved to Abu Dhabi in 2005 working in telecommunication and IT industries. God blessed him with his wife Yudith and they have two lovely children. Raymond has been a member of ECC since 2014. He has faithfully served in a variety of capacities at ECC, including on the church board in the past, in leading congregational singing, and faithfully served as an elder for 3 years, in addition to other areas of service. After taking a year-long sabbatical for rest and refreshment, Raymond continues to eagerly desire to shepherd the flock at ECC. The elder team is excited to recommend him to re-join the team. He enjoys singing, playing guitar, watching sports of all kinds, traveling, and outdoor photography

Oscar Ramirez
Oscar is happily married to Paola and they have two little girls, Sara and Sofia. He was born and grew up in a small village in Colombia and after attaining his engineering degree, he moved to the Middle East over 18 years ago and is currently working for an O&G Company in Abu Dhabi. Oscar has attended ECC since 2006 and enjoys being involved in Children’s Ministry. He is also thankful for the opportunities that God has provided to serve him in the Benevolence Committee and now as an elder as they have been of great help in his spiritual growth. He is very passionate about golf, he actively follows the PGA tour and plays as many times as he can every week.

Aubrey Sequeira
Aubrey and his wife Nishika were born and raised in Chennai, India. Aubrey was a rock musician before the Lord saved him. After completing his Bachelor's in engineering, Aubrey worked in the IT industry for several years while engaging in bi-vocational ministry and church-planting. In 2010, following the Lord's call to vocational ministry, Aubrey enrolled at the Southern Baptist Theological Seminary where he completed an M.Div and a Ph.D. in Biblical Theology while serving a local church in various capacities. Aubrey and Nishika love spending time with people, understanding new cultures, and trying new ethnic foods. They have been blessed with three delightful little girls.

Adam Troy Simanjuntak
Adam was born in Jakarta. He is married to Ika and they have a son, Joshua. They grew up in Jakarta and both graduated from the same university. He has a bachelor's degree in electrical engineering and worked with Siemens Healthcare in Jakarta and now in Abu Dhabi. Adam and his family have been attending ECC since they came in 2011 and became a member in 2013. Currently, he is leading the Indonesian Men’s Bible Study. He loves to sing and play musical instruments.

Ben Zamora
Ben grew up in California in the U.S.A. At the age of 18, the Lord gave him a heart for missions and serving the local church overseas. He received a BA in Church Leadership & World Missions. Over the years, he has served in various capacities within the local church, but especially in youth ministries and he loves working with students & parents. After moving to Colorado, Ben met Camryn and they married in 2006. They have 4 wonderful children. Ben is an extrovert and a foodie. He loves meeting people, being adventurous, camping, hunting, and anything outdoors, but more than anything, he loves spending time with his family.