Unfruitful Servants (On the Way to the Cross - Part 18)

February 23, 2014 Speaker: Micah Mercer Series: On the Way to the Cross

Synopsis: When people hear the word 'Christian,' what comes to their minds? Do they think of a certain type of building, cross shaped jewelry, angry preachers waving their bibles, or people who condemn everyone else's sin? Every Christian has the responsibility to display the character traits of real followers of Jesus. In today's text we look at four of these traits that Christians should be known for.

It seems to me that this last example best illustrates the character of a servant of Jesus. Even if we could achieve perfect obedience, we would still have done no more than what is required of us. This means two things for us. First, God does not owe you anything and second, obeying Him does not gain merit for you nor does it put God in your debt.

This is the core of what it means to be a servant of God and a follower of Jesus. We strive to obey all of His commands, but this does not gain merit for us or allow us to boast because we have done no more than the minimum of what is expected of us. Most of the time we don’t even make it to the minimum. We truly are unfruitful servants.

This naturally begs the question, does God have any fruitful servants? To this the old expression rings true that if you want something done right, do it yourself. The Word of God became a man. Jesus obeyed the Father with perfection from his heart to his actions and words, but he didn’t stop there. He made a covenant with all who would put their faith in him that would exchange his perfection for our sinfulness. To do this he had to bear the consequence of our sin, so that by dying in our place he gave us life. This act is still bearing fruit today as more people enter this covenant and become followers of Jesus and servants of God. We are unfruitful, but Jesus makes us fruitful by faith.

This brings us to the final characteristic of real followers of Jesus. When you understand that the requirements of us are just too high for us to reach and that we would still be unfruitful even if we were able, but that through faith in Jesus we are declared perfect, made able to do what is seemingly impossible, and even our lowly efforts are made fruitful for God, there is no other right way to respond that with gratitude.

Real followers of Jesus respond to him with gratitude

11On the way to Jerusalem he was passing along between Samaria and Galilee. 12 And as he entered a village, he was met by ten lepers, who stood at a distance 13 and lifted up their voices, saying, “Jesus, Master, have mercy on us.” 14 When he saw them he said to them, “Go and show yourselves to the priests.” And as they went they were cleansed. 15 Then one of them, when he saw that he was healed, turned back, praising God with a loud voice; 16 and he fell on his face at Jesus' feet, giving him thanks. Now he was a Samaritan. 17 Then Jesus answered, “Were not ten cleansed? Where are the nine? 18 Was no one found to return and give praise to God except this foreigner?” 19 And he said to him, “Rise and go your way; your faith has made you well.”

Leprosy in the bible is used to refer to a wide range of skin diseases, some of which would have been contagious. In those days, the only way to prevent the possibility of infecting other people was to separate those who were diseased. It was therefore against the law for a person with leprosy to touch anyone or even come into a town. He was unable to change his condition. His only hope was that either the disease would go away by itself or that he would be miraculously healed somehow.

In this account, ten lepers came to Jesus likely because they had heard about his healing power. As was required of them by law, they stood far away and called out to Jesus to have mercy on them. Also in accordance with the law, Jesus responded by commanding them to show themselves to the priests. Only a priest could declare that a skin disease had been made clean. All ten lepers moved in faith to go to the temple and all ten were made clean.

Then an interesting thing happened. One of the lepers, a hated Samaritan, saw that his skin was restored to health. Instead of continuing on to the temple, he went back to Jesus fell on the ground and thanked him. Only one of ten responded to Jesus with gratitude.

I believe that this is a real story that really happened. It is also a perfect example of what happens when people are saved. We all start out unclean because of sin, separated from God and utterly unable to change our situation. Our only hope is to be miraculously cleansed from sin. When we realize this, we cry out to Jesus from a distance just like these lepers and he says, Go and show yourself to the Father. We are cleansed and all we can do is fall at the feet of Jesus and say Thank you.

When people hear the word ‘Christian’, I wonder what immediately comes to their minds? Is it certain types of clothes? Robes perhaps or something equally unfashionable? Or cross shaped jewelry? Do they think of large buildings with pretty windows? Do they think of angry bible waving preachers? Or do they think of the hate messages some churches proudly proclaim? Sadly in the world today a lot of people see us that way.

The challenge for us is to do our part to change what people think of when they hear the word ‘Christian.’ I am not talking about softening our convictions or trying to remove the offence of the gospel. Those must remain or we will lose for ourselves what it means to be Christian.

What I do mean is each of us, wherever and whenever we can to conduct ourselves as the Christians that Jesus died to make us. When people hear our name, I want them to think of people who share real faith in Jesus, who speak the truth in love, who forgive and forgive and forgive, who struggle against sin in humility, who count themselves as unworthy servants, and who respond to Jesus with overwhelming gratitude. If we were known for these things, perhaps more people would be willing to hear the gospel. 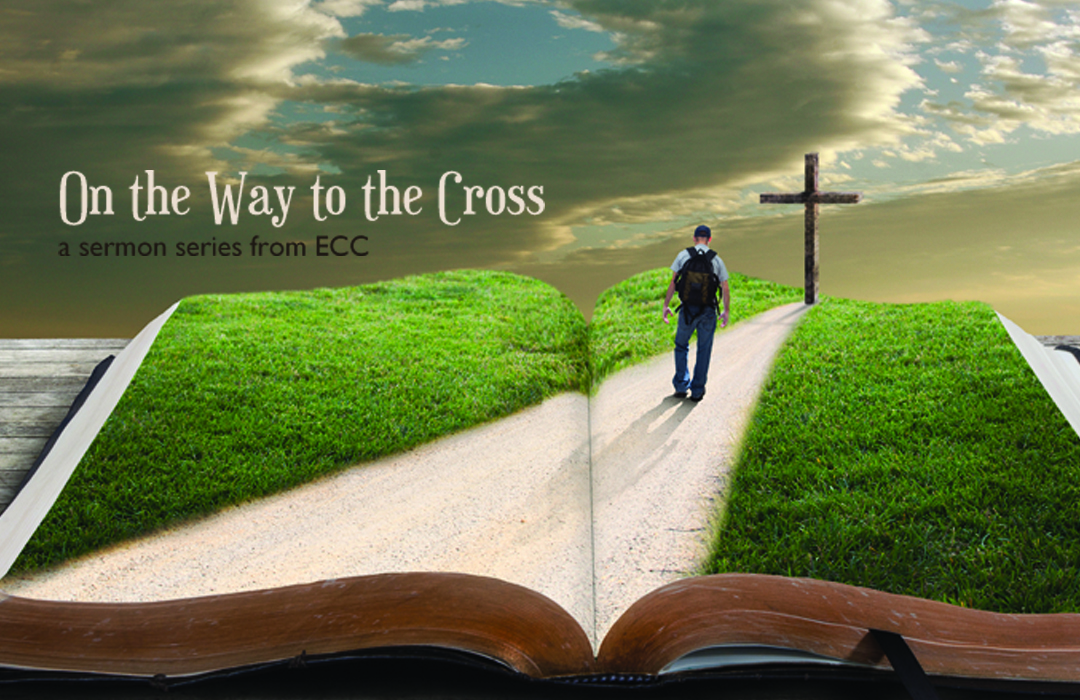 More in On the Way to the Cross

Glorious Injustice (On the Way to the Cross - Part 24)